Over a century ago Bahá’u’lláh taught that religious truth is not final but progressive. Religion is renewed, He said, in every age to re-establish and apply the unchanging principles found in the scriptures of the Great Religions of the world to the needs of the present day. The entrenched powers of 19th century Persian orthodoxy vehemently opposed His message but now His Faith is spread around the world. Here in Roswell as in Europe, Africa, Australia, South America and throughout the world, Bahá’ís are working to usher-in the long-promised Era of World Peace. The Teachings of Bahá’u’lláh have laid the foundation and opened the door to a World in which Ethnic and National rivalries will have been replaced by attraction, understanding and true appreciation of the rich diversity that characterizes the different cultures and peoples of the world. Not to be confused with pious aspirations voiced in recent times, Bahá’u’lláh’s teachings on World Order are vast in their scope, comprehensive in their coverage and offer practical concrete guidance on the most challenging problems facing humanity today.

But we need guidance for our individual lives also and the comprehensive teachings of Bahá’u’lláh address the complex issues that each and every one of us faces in our everyday lives. Bahá’í Communities around the world – like the one here in Roswell – provide an atmosphere where anyone can learn about these new teachings at a pace to suit each individual. So come in, make yourself comfortable …investigate at your own pace while mingling with a growing and diverse worldwide community!

Principles of the Baha’i Faith: 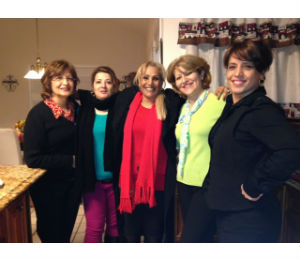 …in every age, the reading of the scriptures and holy books is for no other purpose except to enable the reader to apprehend their meaning and unravel their innermost mysteries. Otherwise reading, without understanding, is of no abiding profit unto man.